gdgd Faeries is a bizarre comedy. In the sense that I couldn’t find a Studio listed for it. It was directed by Sugahara Souta, who’s done some stuff I’ve never heard of & written by Ishidate Koutarou, who has also done some work on things I’ve never heard of. I have no idea what to expect, so let’s dive right in. We follow three faeries, Pikupiku, Shirushiru & Korokoro as they boldly hang around a forest and chat. There are four basic types of gags in this anime. In the first, the three faeries sit around a stump with tea and just have strange comedic conversations on random topics. In the second, they go to the hyperbolic time chamber… I mean “room of mental and time” which resembles but is legally distinct from the similar area of empty space from Dragonball. In this room they basically play around with magic in absurd ways. The third type of comedy we get is the faeries gathering around a magic pool that let’s them see into other worlds. And then the actresses ad lib responses to the random CG videos they’re shown. The final type of gag comes with the next episode previews. Basically, instead of doing an actual preview they parody some other anime.

The comedy in this tends to be of the really rapid fire variety. Whatever’s happening on screen, the japes come out at a pretty continuous pace. The comedy is also very hit and miss. When it’s working, it’s amusing enough but when it doesn’t work it drags. During the conversation segments, for example, they might just ramble about something that isn’t funny but you can tell they’re trying to have some punchlines in there. The saving grace, when that happens, tends to be Koro coming in and just derailing the whole thing with a comedic non sequitur. You might get four minutes of a kind of boring conversation before that happens but it’s something. The magic practice suffers a slightly different hang up. In those segments, they like to have more elaborate set ups leading to bizarre outcomes. The problem is that sometimes they just go on with one beyond the point where there was any good material for it. There are other times that the jokes end up being pretty obvious which isn’t something you want in comedy that heavily relies on absurdity. The ad-libbed segments are actually my favourites. The actresses are quite clever at coming up with things to dub over the videos with. They’re also clearly having a good time doing it and their cheer is more than a little infectious.

This is one of those comedies where the characters are very simple but they complement one another pretty well and there are plenty of comedic opportunities to explore with their interactions. Which is good since this anime is mostly spent on the interactions. 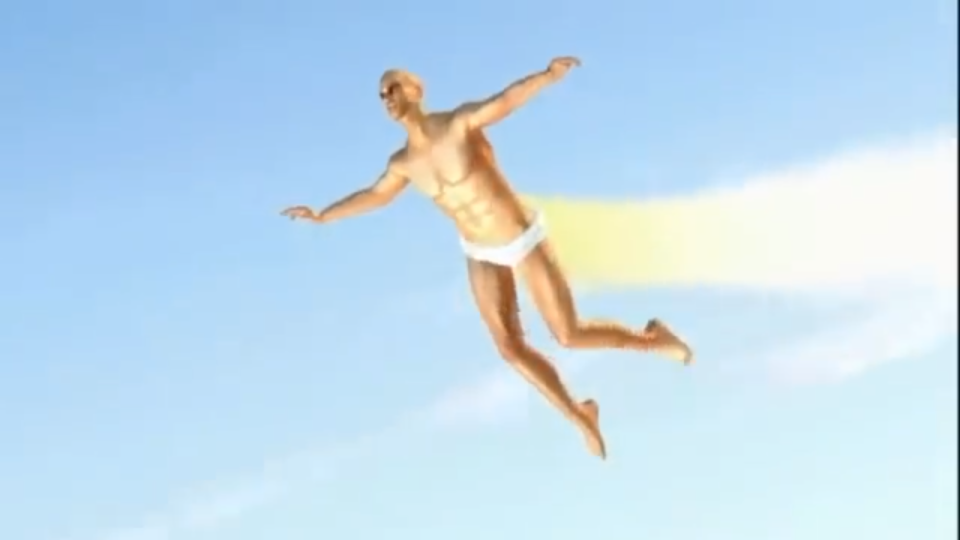 There’s no denying that this anime is pretty damn ugly. The CG looks like something you’d find from a particularly lazy Newgrounds animator. I thought Kemono Friends looked kind of bad, but compared to this it looks pretty decent. At least that series had more movement and more varied backgrounds. Then again, it probably wouldn’t be practical to have the ad-libbed scenes in a work that put things like time & effort into the animation. So, maybe it’s worth looking like they could have bought a single pack of gum if they used the entire animation budget.

The main actresses of this give some good performances and not just with their improvisation skills. We’ve got Akesaka Satomi, Mizuhara Kaoru & Mimori Suzuko. The music is… it’s okay. It’s not a soundtrack you’re likely to listen to outside of watching the anime but it serves its purpose.

There really isn’t any. None of the conversations the trio have ever indicate anything that might be beyond friendship.

So, that’s gdgd Faeries. Overall, it’s a series that looks pretty shit but it’s not bad at all. It has its funny moments and both the characters and actresses work off of each other well. Is it one of the funniest anime you’ll ever see? No. It’s not an uproariously funny anime in general, to be honest. It’s more one where the comedy is enjoyable and you can chuckle at it, when it works. My final rating is going to be a 6/10. If it sounds like it could be your type of humour, I’d encourage you to try an episode or two. It may well work for you better than it did for me. Next Week I’ll look at Twilight Q, no relation to a certain notorious book series.